Security agencies have been ordered by the Federal Government to monitor and profile key political actors ahead of the 2023 general elections, the National Security Adviser, Babagana Monguno, said on Friday According to him, the Federal Government was concerned about the growing uncertainty heralding the conduct of party primaries for 2023 elections. The NSA, represented by Sanusi Galadima, stated this at a meeting of the Inter-agency Consultative Committee on Election Security in Abuja organised the Independent National Electoral Commission. During the event, INEC expressed concern over the security situation in the country and its impact on the electoral process. Monguno said, “This is in addition to the unabated spate of violence that threatened the upcoming off-cycle gubernatorial elections in Ekiti and Osun states, arising 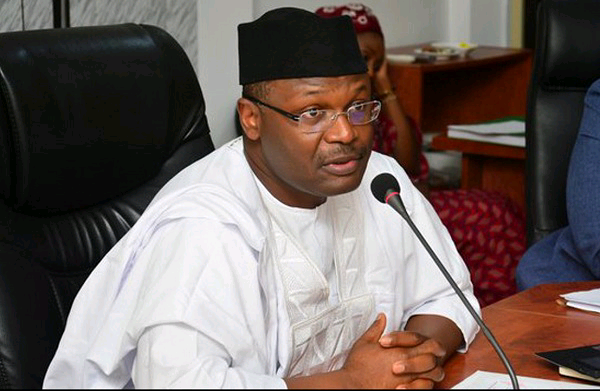 Despite the provisions of the 2022 Electoral Act, eighteen registered political parties under the auspices of the Inter-Party Advisory Council, (IPAC), have called for the adjustment of the timetable for the 2023 general elections. The electoral umpire, Independent National Electoral Commission, (INEC) published the timetable for the 2023 elections shortly after the 2022 Electoral Act was signed into law. But IPAC said after exhaustive examination of the timetable, it discovered that the schedule of activities were based on certain circumstances and developments that have hampered timely and strict compliance by the political parties to the timetable. It requested that the deadline for the conduct of party primaries be extended to August 4 as against the June 4 timeline stipulated by the Commission. IPAC National Chairman of the Independent National Electoral Commission, Prof Yakubu Mahmood, has denied reports that he might contest the 2023 presidential election. The Human Rights Writers Association of Nigeria had on Saturday asked Nigerians not to be shocked should the Chairman of INEC purchases the N100 million Expression of Interest and Nomination forms after the forms were “bought” for the Governor of the Central Bank of Nigeria, Godwin Emefiele. But reacting in a press statement by his Chief Press Secretary, Rotimi Yekanmi, on Sunday, the INEC boss noted that he was not interested in joining the presidential race, saying, “it will not happen”. The statement was titled, ‘Calls on the INEC chairman to join the 2023 presidential election’. The statement read, “Our attention has been

Fear Grips Niger State Residents As Boko Haram Takes Over Communities, Forces Them To Marry Off Their Daughters At The Age Of 12

Biafra Agitation: Even If We Part Ways With The North, I Still Don’t Want A Country Of Igbo People Only – Speed Darlington

Quite Unfortunate: Hundreds Of Nigerians In UAE Being Denied Renewal Of Work Permits

Insecurity: ‘I Don’t Sympathize With You, You Applied To Be President’ – Akande Punches Buhari So Hard,

JUST IN: Youths Plan Protest In Sokoto, Demand Release Of Suspects Linked To Murder Of Deborah