Skip to content
You are here
Home > Posts tagged "politics" 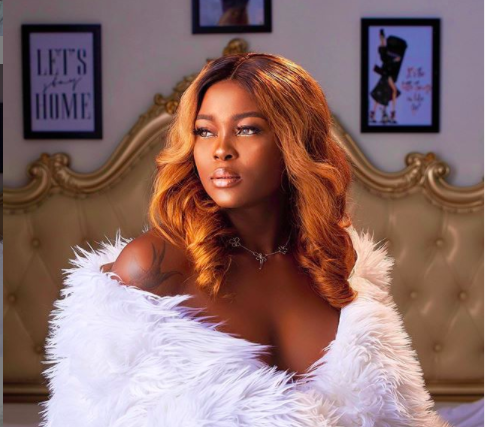 Kate Jones, a reality TV star popularly known as Ka3na, has thrown in her hat for the race to be Nigeria’s next President. The self-acclaimed boss lady made this known with a poster shared via her Instagram page on Wednesday. The Big Brother Season Five housemate also indicated that she would be running under the umbrella of the All Progressives Congress, (APC). It is however not clear as at press time how Ka3na would actualize her ambition as she did not obtain APC nomination form to contest under for the presidential primary scheduled for Sunday, May 29, 2022. “The cat’s out of the bag. #Ka3naForPresident #PresidentofNigeria #APC #Letyourvotecount #PeacefulElection,” she captioned the post. With her declaration to run for president, she would be slugging it out with 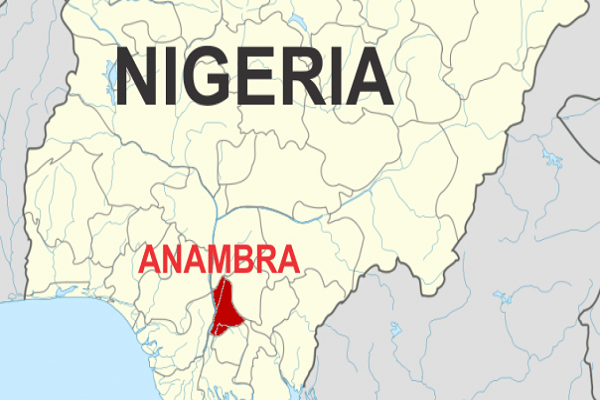 This is not a good time for Anambrarian as the state government continued to battle high level of insecurity, it is now facing another health challenge. Just on Wednesday, the governor, Prof Chukwuma Soludo declared a 12- hour curfew in the state to battle insecurity. Anambra State government has confirmed the death of 14 children from measles outbreak in nine local government areas of the state. Commissioner for Health, Dr Afam Obidike, announced the figure at a news conference in Awka yesterday. He said that 414 cases of measles were recorded in nine local government areas in the state. Obidike listed the affected local government areas as Anambra East, Anambra West, Ayamelum, Ihiala, Idemili North, Nnewi North, Onitsha North, Njikoka, and Oyi. The commissioner said The last may not have been heard of the plan to draft the immediate former President, Goodluck Ebele Azikiwe Jonathan to contest the 2023 Presidential elections as the National Chairman of the All Progressives Congress, (APC), Senator Abdullahi Adamu, again met with former President Jonathan ahead of the presidential primary of the APC billed for Sunday, DECENCY GLOBAL NEWS has gathered. The meeting, it was learnt, preceded a discussion between Jonathan and Mamman Daura, the influential nephew of President Muhammadu Buhari. The meeting between Jonathan and Adamu, it was learnt, took place at Jonathan’s Abuja home last week and lasted for about four hours. An APC chieftain told DECENCY GLOBAL NEWS that discussions were still ongoing and that the party was open The National Chairman of the All Progressives Congress, (APC), Senator Abdullahi Adamu, on Wednesday, disclosed that all the 28 presidential aspirants vying for the party’s ticket were aware that only one could clinch it. This was as he chided people comparing the manner he was picked as a consensus candidate at the APC chairmanship convention to decide the 2023 presidential primary of the party. Adamu made the statement during an interview with Voice of America Hausa service at the APC national secretariat in Abuja. “You can’t stop our party stalwart from contesting election or aspiring for the presidency. It is their right and we are happy for them. There is nothing wrong with anybody aspiring for the exalted seat of the presidency. “It is Indications have emerged that a former Governor of Anambra State and presidential hopeful, Peter Obi,  who dumped the People's Democratic Party, (PDP), on Wednesday may join the Labour Party to actualise his presidential ambition. DECENCY GLOBAL NEWS had reported that Obi in a letter addressed to the National Chairman of the PDP, Senator Iyorchia Ayu, announced his resignation from the party saying recent developments within the party had made it impossible for him to continue in the presidential race. He, however, said he was happy to have contributed to the growth of the country through the PDP. DECENCY GLOBAL NEWS gathered that the former Anambra State governor had been in talks with the Labour Party and might be defecting to the party soon. However, The outlawed Indigenous People of Biafra, (IPOB),says it has cancelled the May 26 sit-at-home it earlier announced. The group said the move follows the postponement of the court case of its leader, Nnamdi Kanu, earlier scheduled to come up on Thursday. In a statement on Wednesday, IPOB Media and Publicity Secretary, Emma Powerful, urged the peopleto maintain restraint and “keep their eyes on the ball”. Powerful said the announcement became necessary in order to notify their members both home and abroad that Kanu’s court case in Abuja on May 26, has been postponed to June 28. It said that IPOB was informed by the Federal High Court’s registrar, through its legal counsel, Ifeanyi Ejiofor, that the case was postponed because Justice Binta Nyako The National Youth Service Corps, (NYSC), says the lawmaker representing Anambra-North senatorial district, Stella Oduah, did not complete the mandatory one-year NYSC programme. The NYSC said this in a letter marked NYSC/DHQ/PPRU/783/Vol III. In a letter by the Director-General of the NYSC which was signed on his behalf by the Director, Press and Public Relations, Eddy Megwa, the agency said Oduah commenced her NYSC programme in 1982 but absconded. The letter was in response to an inquiry by a group known as the Concerned Anambra North PDP Stakeholders. In the previous letter, the group had written a letter to the NYSC accusing some officials of the agency of colluding with Oduah to hide the truth. In its response, titled, ‘Re: Doubtful NYSC Participation Collusion of Abia political stakeholders have urged political parties in Abia state not to field candidates against the Chief Whip of the Senate, Senator Orji Uzor Kalu. The group included traditional rulers, youth groups, Abia professionals, academics, prominent members of the political class, and top businessmen, under the aegis of Abia Stakeholders for Peace and Development, (ANSPEN). In a statement issued on Wednesday , made available to newsmen, the group drummed support for the re-election of Kalu who is the Chief Whip of the Senate. The leader of the group, Dr. Kalu Ncheghe, said that indices showed that the Senate Chief Whip had performed well, adding “The group believes that Kalu’s performance as the senator representing Abia North senatorial district is the best in the 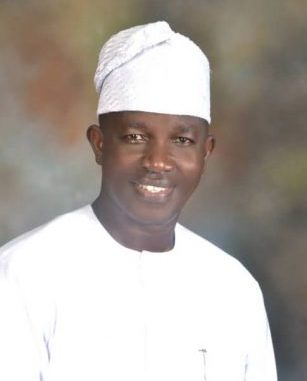 Ahead of the All Progressives Congress, (APC) primaries in Oyo State, APC Youths and Adults in Oluyole Federal Constituency have been advancing reasons why Alhaji Kehinde Olaosebikan, is the best choice to represent them in the House of Representatives in 2023. The APC Youths and Adults’ Groups Federation in a statement signed by Leader of the youths, Aliyu Bukola Adepoju and Samuel Agbaje for the Elders, urge party stakeholders and residents of oluyole to support Olaosebikan, stating the following 20 reasons: HE IS THE ONLY PERSON AMONG THE ASPIRANTS THAT IS CAPABLE OF ATTRACTING A GOOD NUMBER OF MEMBERS OF PDP AND OTHER PARTIES TO APC. THIS IS WHAT WE NEED TO WIN THE FIRST ELECTIONS, OVERWHELMINGLY. WITH THE FIRST ELECTIONS WON, Senate Minority Leader and a frontline governorship aspirant of the ruling People's Democratic Party, (PDP), in Abia State, Senator Enyinnaya Abaribe, has formally withdrawn from the PDP governorship primaries scheduled for today (Wednesday). Abaribe who disclosed his withdrawal from the exercise in a press statement cited use of “imaginary delegates list and lack of transparency” as reasons for his action. Similarly, another leading governorship aspirant from Abia North, and former State Chairman of PDP, Senator Nwaka, has also said he would not participate in the primaries which he dismissed as a charade. Nwaka expressed disappointment over non compliance with due process and the extant laws in the conduct of the three-man delegate congress which he insisted never held. Senator Abaribe also said there was

After Years Of Assurance, FG Opens Up, Says Ogoni Cleanup May Not Be Completed Under Buhari

We have no underground cell, EFCC replies Shehu Sani

Okonjo-Iweala, May Lose Out On WTO Top Job As African Union Considers Other Candidates