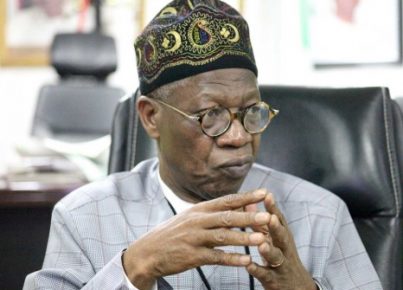 There is a veil of uncertainty over the fate of returning Ministers as the Minister of Information and Culture Lai Mohammed, has said no official statement has been issued by government. Speaking to State House Correspondents after the weekly Federal Executive Council, (FEC) meeting on Wednesday presided over by President Muhammadu Buhari at State House, Abuja, Mohammed said he needed more time to consult before making a categorical statement on the matter. The Minister who was answering a question posed to him on the fate of some Ministers who attended the Valedictory ceremony presided over last week to thank the ministers who indicated their interests to pursue higher political offices, posited that he needs time to answer the question. “The other question about Ministers returning 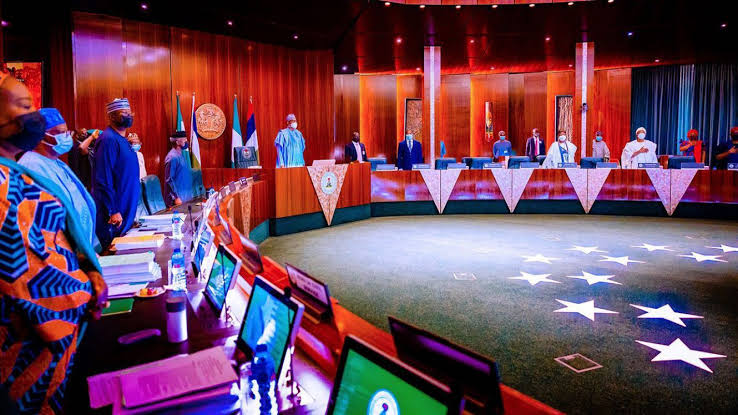 The Attorney General of the Federation and Minister of Justice, Abubakar Malami, Minister of state for Petroleum, Timipre Sylva, and Minister of Women Affairs, Pauline Tallen, were on Wednesday, present for the weekly Federal Executive Council, (FEC) meeting. The ministers who had earlier withdrawn their candidacy for the Kebbi State Governorship and Plateau State Senatorial seats respectively, joined President Muhammadu Buhari at the meeting held at the Council Chambers of the State House, Abuja.  Though Tallen attended virtually, the Attorney General, Malami, was part of those in physical attendance. DECENCY GLOBAL NEWS had earlier reported that the president, at the tail end of last week’s FEC meeting ordered cabinet members vying for various electoral offices to resign.  On Friday, he held a valedictory session 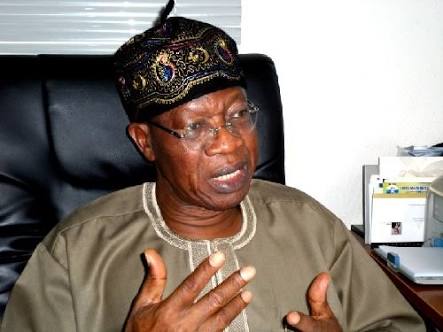 The Minister of Information and Culture, Lai Mohammed, has urged Facebook and other social media platforms not to yield their platforms to the Indigenous People of Biafra (IPOB) to incite violence and ethnic hatred. Mohammed, according to a statement by his media aide, Segun Adeyemi, made call in Abuja on Tuesday during a meeting with a team from Facebook. The minister said the government would be monitoring Facebook and other platforms closely in the days ahead to ensure compliance. He said: “I’ve called this meeting to enable us to discuss the increasing use of Facebook by separatists and anarchists, especially those of them based outside the country, to instigate violence and ethnic hatred in Nigeria. “For whatever reason, they seem to have now chosen

Minister of information and culture, Lai Mohammed has said that Facebook is not doing enough to stop separatists and anarchists from using its platform to incite violence. Mohammed made the claim during a meeting with a team from Facebook on Tuesday May 17. He also said that many have been killed because of these separatists’ activities which is also destabilizing the country.  The Minister said;  “I have called this meeting to enable us to discuss the increasing use of Facebook by separatists and anarchists, especially those of them based outside the country, to instigate violence and ethnic hatred in Nigeria.“For whatever reason, they seem to have now chosen Facebook as their platform of choice. And their tools include disinformation, incendiary statements and hate speech.“They use Billionaire entrepreneur, Elon Musk, on Wednesday, said Twitter commercial and government users may have to pay to use the micro-blogging platform. Twitter on Monday, April 25, confirmed the selling of the platform to Musk in a deal valued at $44 billion. The sale was a dramatic shift for the board, which had originally maneuvered to block Musk from taking the social media network private. “Free speech is the bedrock of a functioning democracy, and Twitter is the digital town square where matters vital to the future of humanity are debated,” Musk said in a joint statement announcing the takeover. But confirming fears by the majority that his takeover might lead to commercialisation of the social media platform, Musk in a tweet in the early hours

The Federal Government has directed the National Broadcasting Commission to clamp down on television and radio stations airing ‘inciting broadcasts’ as preparations for the 2023 general election get intense. Minister of Information and Culture, Lai Mohammed, gave the directive on Thursday, 31 March, at the inauguration of the Governing Board of the Commission in Abuja, Punch reports. Mohammed, a chieftain of the All Progressives Congress and one of the members of the Federal Executive Council, also tasked the Board to fast-track the implementation of the government’s Digital Switch Over. Addressing the reconstituted Board, the minister said, “The most important task facing NBC today is to successfully transition the broadcast industry from analog to digital broadcasting, through the Digital Switch Over (DSO) project. While NBC is

The Federal Governmen of Nigeria has lashed out at the Canadian government and microblogging platform, Twitter, accusing them of double standard over their handling of truckers’ protest against Covid-19 restrictions in Canada. The Canadian Prime Minister, Justin Trudeau, had hit out at protesters as truck drivers converged at the nation’s capital, describing their action as unacceptable. Also, Twitter suspended the account of the Canadian truckers protesting over COVID-19 vaccine mandates and other restrictions around the pandemic. Recall that the Canadian government, had in the wake of the #EndSARS protest against police brutality that took place in October 2020, that later went violent, condemned the Nigerian government for the actions taken to quell it. The Nigerian government position was made known by the Minister

The Nigerian Government and the United States Government signed a Cultural Property Implementation Act (CPIA) Agreement with the aim of reducing the flow of stolen ancient Nigerian art to the west. This agreement was signed on Thursday after the Minister of Information and Culture, Lai Mohammed signed a Memorandum of Understanding on the CPIA with the US Ambassador to Nigeria, Mary Beth Leonard, in the presence of the Minister of Foreign Affairs, Mr Geoffrey Onyeama, in Abuja. The Minister added that the agreement will last for an initial period of five years and if it works well, it shall be renewed for a longer term. He stated that this legislation was enacted by the United States to restrict the importation into the US of archaeological

The Peoples Democratic Party (PDP) has described the achievements of the Buhari administration in 2021 as “a litany of lies”. Recall that on Thursday, December 30, the Minister of Information and Culture, Lai Mohammed, held a press conference where he reeled out the achievements of the Buhari-led administration.  Reacting to Lai's comments, PDP in a statement described the achievements as a “celebration of falsehood by a failed administration”. The PDP alleged the APC-led administration has mismanaged Nigeria’s economy and failed in its primary duty of protecting the lives and property of citizens. “The Peoples Democratic Party (PDP) dismisses the All Progressives Congress (APC)-led government’s performance claims as reeled out by the Minister of Information and Culture, Alhaji Lai Mohammed today as a litany of lies and another celebration of falsehood by

Minister of Information and Culture, Lai Mohammed has claimed that insurgents would have declared an Islamic State in Nigeria if President Buhari didn't take decisive actions.  Addressing a press conference today December 15, the Minister admitted that the current security situation poses a great challenge. Listing ways President Buhari has tried tackling insecurity in the country, Lai Mohammed said the Nigerian leader will continue to provide quality leadership in order to ensure that security agencies decisively tackle the cankerworm of insecurity. The Minister also claimed that before Buhari was elected, Boko Haram declared a Caliphate in Gwoza after capturing Bama and Gamboru as well as other towns and villages in Borno, Yobe and Adamawa. He added that the insurgents installed their own Emirs, collected taxes

PDP hits back at Tinubu over attack on Obaseki

Problem In Paradise: Queen Elizabeth Confirms Prince Harry And Wife, Meghan Will Be Stripped Of Their Honorary Roles