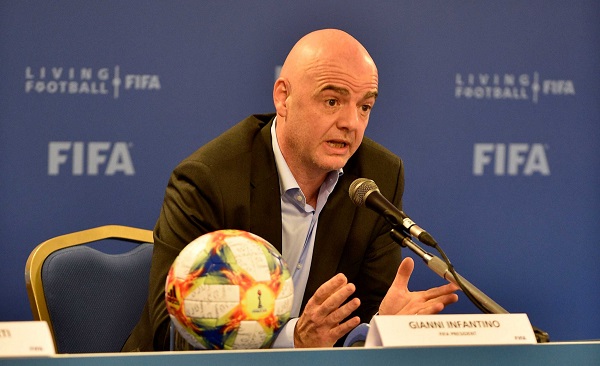 Ukrainian president Volodymyr Zelensky has asked American President, Joe Biden not to sanction Roman Abramovich as the Chelsea owner may be able to help with Russian peace talks, a report says. Early this month, officials inside the US Treasury Department drafted a set of sanctions to punish Roman Abramovich, a prominent Russian oligarch, following Russia’s attack on Ukraine, say people familiar with the plans. When it came time to announce those sanctions, which had been designed to go out in tandem with sanctions from the U.K. and European Union, the White House’s National Security Council told the Treasury to hold off, according to The Wall Street Journal. Mr Zelsneky had asked the US president to wait on sanctioning Mr Abramovich, who has a

Chelsea defender, Antonio Rudiger is reportedly set to leave the London club after agreeing on a four-year contract with Juventus worth £5.4m a season.  The 29-year-old is out of contract at the end of the season, and the Blues cannot offer him an extension because of UK government sanctions placed on club owner Roman Abramovich. Prior to the sanction,  Rudiger had been rumoured to be considering a contract extension at the club where he has established himself as an exceptional talent since joining for £31million from Roma in 2017. According to Italian outlet La Gazzetta dello Sport, the Germany international has said 'yes' to a move to Juventus.  The report also claims Rudiger 'will sign a four-year deal' with the Serie A giants as he prefers them over both Real Madrid

In the wake of the sanctions imposed on Chelsea’s Russian owner, Roman Abramovich by the UK government, the future of the London club has been in a state of uncertainty and they are desperate to secure a sale of the Club as soon as possible. The sale of the club was on hold for a while following the sanctions imposed on the Chelsea owner, however, the UK government had given the green light for the sale of the London club to resume, according to Ben Jacobs, a reporter for CBS Sports today confirmed via his Twitter handle that an official bid has been made by Saudi Media Group led by Mohamed Alkhereji who is a fan of the club. The private consortium

According to SkyNews, the reason behind the suspension is that the bank requires time to assess the licence Chelsea have been given to continue football-related activities. Chelsea's bank account has been temporarily suspended by Barclays bank, another strong move, following the Russian invasion of Ukraine and the subsequent sanction of Russian Oligarch, Roman Abramovich by the UK government. Chelsea's company credit cards have also temporarily been suspended. The club said in a statement Friday that it is hopeful the suspension will be lifted shortly. The UK government on Thursday, March 10, gave Chelsea a licence to continue with football-related activities after Abramovich had "his assets frozen, a prohibition on transactions with UK individuals and businesses, a travel ban and transport sanctions" imposed on him. The

Liverpool defender, Joel Matip was named Premier League Player of the Month for February, while x took home Manager of the Month. Matip becomes the first Cameroonian to win the award, which was richly deserved after a stellar month in which he played every minute of Premier League football. The defender who teamed up with Virgil van Dijk in the back, conceded just one goal in four matches and kept three clean sheets.  However, Matip stood out for more than just his defensive qualities and showed what he is capable of during those matches. Matip took home the award ahead of fellow nominees Che Adams, Ryan Fraser, Harry Kane, Ben Mee, and Wilfried Zaha.

British property developer, Nick Candy is working on a £2.5billion bid for Chelsea, which includes plans for a £1.5bn rebuild of Stamford Bridge, to be submitted by the end of the week. The 49-year-old Chelsea fan is talking to a number of American investors about forming a consortium to launch a formal bid for the club. Candy and his potential partners are understood to value the club some way short of Roman Abramovich's £3bn price tag.  But a bid of £2.5bn would be regarded as credible in the circumstances, as the Russian looks for a quick sale given he faces being sanctioned by the Government as soon as next week. The American billionaires who have been linked with a bid for Chelsea include Chicago Cubs

The President of Russia, Vladimir Putin, this afternoon, responded to the banning of Russia from international football by FIFA. According to Putin, it is for the interest of FIFA, not to dare enter military affairs. Putin insisted that FIFA should stick to football. In his statement, 'Russia will play at the Qatar 2022 FIFA world cup or there will be no world cup to talk about.' in his response to journalists in Moscow about his reaction over FIFA's recent resolve to ban Russia from all sports activities, Vladimir Putin stated thus: 'They are all hypocrites and I am not worried at all because football and politics don't mix. FIFA should not dare do that otherwise there will be no world cup in the first

Cameroon have named Rigobert Song their new national team coach, following the dismissal of Antonio Conceicao.  In a statement released by the Cameroonian Football Federation (Fecafoot) on Monday, February 28, which was signed by Cameroon's Minister of Sports Narcisse Mouelle Kombi, the order to appoint Song came from the country’s president Paul Biya. Conceicao took over the managerial job in 2019 and led Cameroon to a third-place finish at the 2021 Africa Cup of Nations which was held on home soil this January. But the FA decided to part ways with the coach and appointed Song. “The Cameroonian Football Federation announces to the public opinion and the family of the sport, the end of the contract of coach Antonio Conceicao," read a statement

UEFA bosses could be forced to move the Champions League final in St Petersburg if Russia invade Ukraine.  The tournament's final is due to take place at the Gazprom Arena in St Petersburg on May 28, but with the growing tensions, organisers could be forced to find a new venue as Russian president Vladamir Putin pushes ahead with his threat to invade Ukraine.  Wembley could be a possible replacement venue, especially if two English teams make it all the way to the final this year, according to the Daily Star.  Putin has ordered his troops to enter Ukraine on a 'peacekeeping mission' after he officially recognised the country's eastern regions as independent states.  The move has increased concerns that it will lead to a long-feared Russian invasion of Kiev.  Prime Minister Boris Johnson said Putin's

Super Eagles Coach, Gernot Rohr At The Edge As Senator Orji Uzor Kalu Calls For His Sack, Says ‘He Is Not A Good Coach’

‘Senate approved N10.08tr foreign loan for Buhari in one year’