Skip to content
You are here
Home > Posts tagged "abuja" 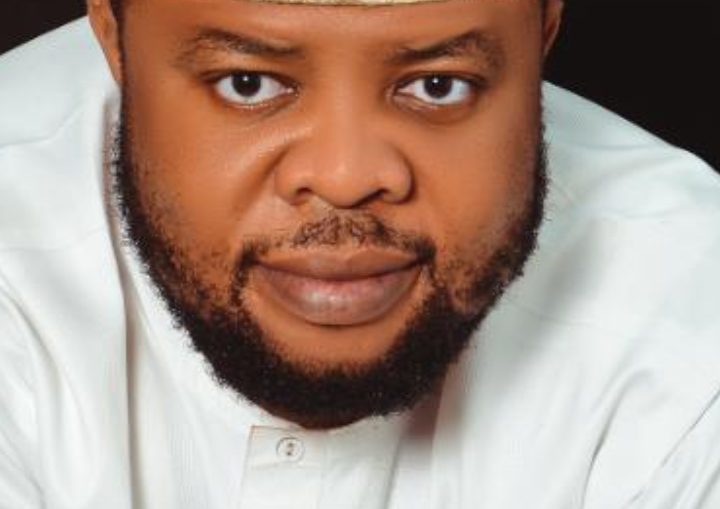 People's Democratic Party, (PDP), on Sunday concluded her Primaries to elect candidates for 2023 National Assembly Elections. In Badagry Federal Constituency, a seasoned administrator and member of Methodist Church Nigeria, Diocese of Kubwa in Abuja, Honourable Monday Olayemi Toviho popularly known as OBJ emerged victorious and candidate of the party for the Badagry Constituency. OBJ won in a landslide in the primary concluded late Sunday night. The presiding officer, Hon. Johnson Bamidele Afose, declared Hon. Monday Olayemi Toviho as the winner of the Primaries election having polled 31 out of the available 34 votes with two absentees and one vote for his opponent, Hon. Debire Adekunle Precious. In his Acceptance speech, Hon Olayemi Toviho thank God for the victory and appreciated the people of There was drama at the Redeemed Christian Church of God (Central Parish) in Abuja on Sunday as members protested against the killing of Christians in Nigeria over alleged blasphemy with their lips sealed with sellotape. The protest which took place after the Sunday service at the Central Parish in Wuse 2 area of Abuja was led by the Regional Pastor of the Parish who refused to give his name to journalists. Another Pastor of the church said the decision not to speak on the protest was an “order from above.” The protesters who declined to speak to journalists had their mouths sealed with sellotape claiming it was a silent protest against killings in the name of God. DECENCY GLOBAL NEWS reports that a presidential 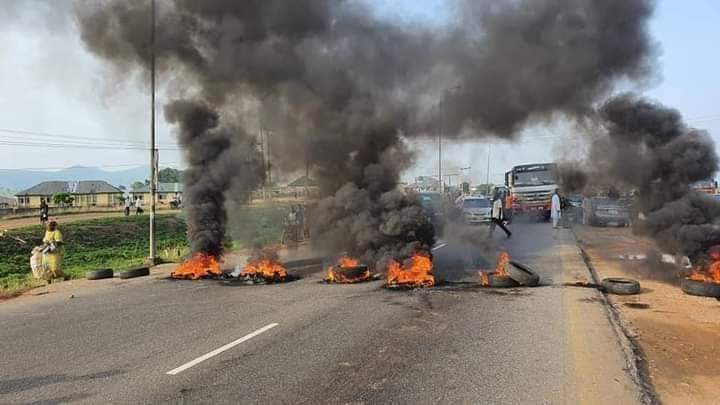 Some residents of the Federal Capital Territory, (FCT), have taken to the streets to protest the tenure extension of six area councils’ chairmen and councillors. DECENCY GLOBAL NEWS gathered that the chairmen and councillors’ terms in office elapsed on Thursday and the newly-elected officials were supposed to be sworn in today. But the FCT minister, Muhammad Bello, cited a court judgement and extended the officials’ tenure by one year. Displeased by the extension, residents in the Gwagwalada Area Council on Friday morning took to the streets. The residents, who barricaded the roads and made bonfires, are demanding a reversal of the decision. The incident, it was gathered, obstructed vehicular movements in the area. More details later... The Nigerian National Petroleum Corporation, (NNPC), has ascribed the sudden appearance of fuel queues in parts of Abuja to low loadouts and increased purchases that characterise post-holiday periods. It would be recalled that most filling stations in Abuja and neighbouring states of Nasarawa and Niger that dispensed Premium Motor Spirit, popularly called petrol, on Sundaay were greeted with long queues. It was observed that many other outlets were shut as they claimed not to have products to dispense, a development that led to the crowding of the filling stations that dispensed the commodity. However, the NNPC spokesman, Garba Deen Muhammad, in a statement on Monday, said the company had sufficient fuel supplies to satisfy the demands of Abuja residents for over six weeks. The Many houses were submerged after flood took over Dogongada, Lokogoma, Damangaza and Apo Dutse in the Gudu district areas of the Federal Capital Territory. Also, two persons were rescued from the flood. At the Lokogoma area of the FCT, houses, roads and the Dogon-Gada Bridge were affected by the flood. The flood, which was caused by a downpour on Wednesday, affected routes leading out of Lokogoma to Gudu and Shell Cooperative through NCDC Lab to Gaduwa Estate.  The routes were inaccessible for hours due to the overflow of two bridges linking Gudu. Speaking to DECENCY GLOBAL NEWS, a resident of Efab Estate, who simply gave his name as Uche, said they had been experiencing the flooding on a yearly basis, adding that the area had

The National Drug Law Enforcement Agency, (NDLEA) have raided a party venue in the Asokoro area of the Federal Capital Territory, and arrested some individuals. The spokesperson for the agency, Femi Babafemi, confirmed the development to DECENCY GLOBAL NEWS on Thursday. According to Babafemi, the party which was organised by three ladies happened on Wednesday night. It would be recalled that the agency has been engaged in a battle against the abuse of drugs and substances in the country. Although Babafemi did not confirm the number of suspects arrested, a Twitter user who was present at the event during the time of the arrest confirmed that over a hundred individuals were arrested.

The Minister of Transportation, Mr. Rotimi Amaechi, on Tuesday said he predicted the Monday attack on the Kaduna-bound train. He lamented that he had requested digital security apparatus to forestall such incident. The visibly angry Amaechi told reporters that the attack would have been foiled if the procurement of the N3 billion high capacity rail track cameras and sensors was not blocked. He said the equipment would eliminate all blind spots on the train corridors across the country. The minister, who spoke during a visit to the scene of the attack, also said eight persons died in the terrorist attack while 25 persons were injured and hospitalized. He added that 398 passengers were on board. be. We know we needed to have digital security equipment

Kaduna State Governor, Nasir El-Rufai has disclosed that investigation revealed some serving police and military officers have links with bandits terrorising the state and others. El-Rufai spoke on Thursday during the weekly briefing organised by the Presidential Communication Media Team at the Presidential Villa, Abuja. He, however, added that there was still a lot of work to be done to have concrete evidence to support the report of the investigation, Daily Post reports. He said, “We’re concerned and it’s not impossible to have infiltrators. “As I alluded to when I was answering this question, the preliminary report of (investigation into) Boko Haram financing also showed some links to bandits and pointed to some police and military officers in service as having some communication or

The Federal Government on Tuesday confirmed that the presence of adulterated petrol, fuel was discovered in the supply chain, which it decided to withdraw from the market, leading to fuel scarcity. Fuel scarcity had spread across several places in Lagos, Abuja, Niger, Nasarawa, among others in the last few days with long queues at filling stations. A statement issued by the Nigerian Midstream and Downstream Petroleum Regulatory Authority  explained that limited quantity of Premium Motor Spirit, commonly known as Petrol, with methanol quantities above Nigeria’s specification was discovered in the supply chain. It said Methanol is a regular additive in Petrol and usually blended in an acceptable quantity. The body added that to ensure vehicular and equipment safety, the limited quantity of the impacted

GETTING CLOSER: Soon Biafra Will Emerge A Sovereign Nation With UNPO Admission —Uwazuruike

Canada-based Nigerian researcher raises N1.125million reward to anyone with evidence of casualties from the Lekki tollgate incident