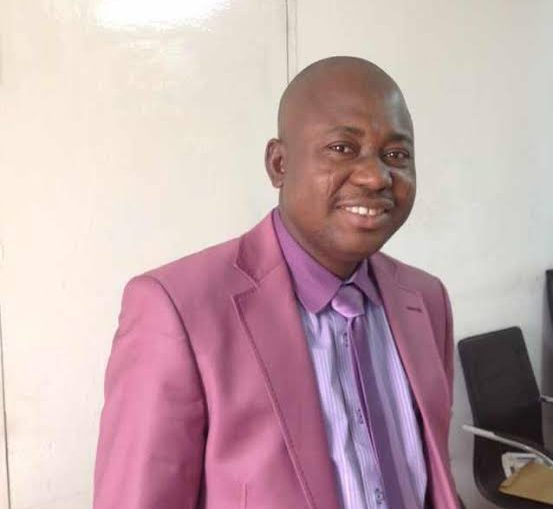 The new director of the Department of Information and Communication of the Federal Capital Territory Administration, (FCTA), Malam Muhammad Hazat Sule said he will strive to communicate adequately the ideas, policies, visions and programmes of the FCT Administration to the members of the public efficiently.

While pledging his continuous loyalty to the Administration and more publicity of its activities and programmes.

Muhammad made the pledge shortly after taking over the leadership of the department from Mrs. Stella Ojeme on Thursday at the department’s annexe office in Apo, as she reached the mandatory retirement age of 60 years.

“Extolling the virtues of his predecessor, Muhammad stated that Mrs Ojeme was a thorough professional and a stickler to the rules who was “very patient and dedicated to duties”, adding that her long service to the FCT and Nigeria would never be forgotten.

“Her contributions to the evolution of the Department will remain indelible because of the leading role she played in the establishment of the Information & Communication Department of the Federal Capital Territory Administration from a Division.

“The younger staff here present, may not be aware of the relentless efforts and struggle for the creation of the Department from a Division. Some of you who are new, I want to tell you that Mrs. Ojeme will remain a cherished resource for the Department due to her impeccable role”.

He, however, appealed to Mrs. Ojeme to always avail the department of her wealth of experience whenever the neýed arose and urged all information officers to unite; cooperate and support the new management to surmount any challenges confronting the department.

In a related development, the new director, while speaking at the send forth ceremony for Mrs. Ojeme, stated that there was a great task ahead of the department, to take her laudable works to enviable heights.

Underscoring that information was power, Muhammad tasked all Information Officers to diligently “articulate and project the policy, vision, dreams and aspirations of the current FCT Administration.

Responding, the celebrant expressed sincere appreciation to the FCTA for giving her the opportunity to contribute her quota to the development of the nation’s capital and Nigeria.

Mrs. Ojeme also thanked the staff of the department for their support and called on the entire FCTA staff to make hard work, professionalism, collaboration, loyalty and patience their cardinal attributes, assuring them that with such, they would always grow to the pinnacle of their career.

She, therefore, pledged to continue to make her wealth of experience available whenever needed.

Problem Erupts As Man Donates His Family House To Christ Embassy As a Seed, Leaving His Family Members At Risk Of Being Homeless

I’m Supposed To Be The New Emir Of Zazzau, Prince Drags Kaduna Govt To Court, Ask Them To Remove Bamalli as Emir