The screening exercise for the 25 presidential aspirants of the All Progressives Congress, (APC), earlier scheduled to hold on Monday has been postponed again. This is the second time that the National Working Committee of the party will be shifting the date of the presidential screening after it failed to hold last weekend. The development was confirmed in a statement by APC National Publicity Secretary, Felix Morka, on Sunday night. The statement said, “A new date for the exercise will be announced shortly. Any inconvenience caused is deeply regretted.” The list of the aspirants who have so far submitted their nomination forms are the National Leader of the party, Senator Bola Tinubu; Vice President Yemi Osibanjo; former Minister of Transportation, Rotimi Amaechi; former Minister

A clash between police and hundreds of football fans in central Croatia left 35 people injured, most of whom were officers, officials said on Sunday. Fighting broke out late Saturday as police escorted some 1,600 Hajduk Split “Torcida” fans returning home to the central coastal town of Split after a match against arch-rivals Dinamo Zagreb in the Croatian capital. The clash happened after the convoy suddenly stopped, blocked the Zagreb-Split highway traffic and several hundred fans attacked officers, police official Damir Baric told reporters. At least two Hajduk Split hardcore fans sustained wounds from officers’ firearms but the injuries were not life-threatening, police said. “The attack was carried out in a rather aggressive way, with bottles, stones, chains, tables, fire extinguishers… torches”, Baric said. As AC Milan won their first Serie A title in 11 years on Sunday after beating Sassuolo 3-0 to snatch the crown from local rivals Inter Milan. Needing just a point to claim the Scudetto Milan swept their hosts aside thanks to an Olivier Giroud brace and another from Franck Kessie in the first half in front of an army of away fans at the Mapei Stadium.  Stefano Pioli’s Milan finished two points ahead of Inter, who beat Sampdoria 3-0 in the San Siro. Fans partied in Milan and poured onto the pitch in Reggio Emilia as the ‘Rossoneri’ returned to the top of the Italian game after years of poor teams and financial problems since their last league crown in 2011. Pioli’s side were 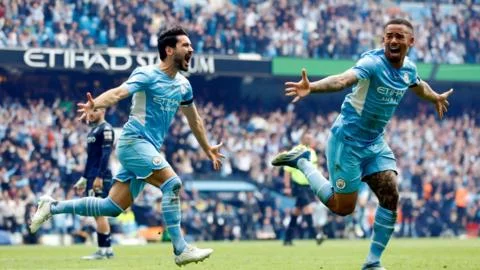 There was drama on Sunday at Etihad Stadium as Man City came from two goals down to win the 2021/ 2022 English Premier League(EPL) with a 3-2 defeat of Aston Villa. Cash scored in the 37th minute before Coutinho doubled the lead in the 69th minute. But Gundogan scored the first and third goals while Rodri scored the equaliser to give the Man City the title. Details shortly… 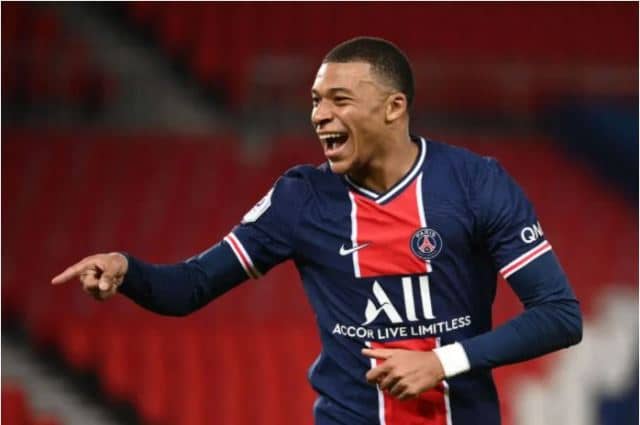 Real Madrid President, Florentino Perez has revealed that the club does not have the plans to sign PSG star, Kylian Mbappe this summer. This claim was revealed by Spanish football expert, Guillem Balague. Balague stated this in a tweet via his Twitter handle on Friday night. According to him, Perez informed Real Madrid’s players about the situation in the changing room after their LaLiga goalless draw with Real Betis on Friday. He tweeted: “I have just been told that Florentino Pérez has told the players tonight in the changing room that Mbappé is NOT coming. “Let’s wait to hear what Mbappe has to say before we confirm anything.” This comes after a week of contrasting reports regarding Mbappe’s future. Mbappe’s current deal with PSG will expire at Head coach Marco Rose has left Borussia Dortmund after just one year in charge, the Bundesliga runners-up said on Friday.  Borussia Dortmund and Rose “ended their collaboration” following an “intensive analysis of the season”, the club said in a statement. The team had “not gotten the most out of our potential in a number of areas”, Dortmund CEO Hans-Joachim Watzke said. Rose said he was still convinced by his plans for Dortmund, but saw that he did not have the “100 per cent” backing of the club. Dortmund finished second in the Bundesliga in the 2021-2022 season, trailing Bayern Munich by eight points. Dortmund struggled to pressure Bayern, who eased to their tenth consecutive title. They also failed to advance from their Champions League group Ex-international Edema Fuludu and former England international of Nigerian descent, John Fashanu, have both expressed doubts over the ability of Jose Peseiro to lead the Super Eagles to glory. The Nigeria Football Federation, (NFF), on Sunday announced the appointment of the Portuguese as the new head coach of the Super Eagles, with immediate effect, subject to the signing of agreed terms with the gaffer. The NFF also announced Enyimba coach Finidi George as Peseiro’s first assistant, while Salisu Yusuf and Usman Abdallah are second and third assistants respectively. Ex-international Ike Shorounmu is the team’s goalkeepers’ trainer, with Eboboritse Uwejamomere the match analyst. Speaking with DECENCY GLOBAL NEWS, Fashanu said he hoped Nigeria won’t regret the appointment of the Portuguese. “There is an old saying that Manchester City staged a thrilling fightback from two goals down to keep the destiny of the Premier League title in their hands, but Riyad Mahrez’s late penalty miss forced the leaders to settle for a dramatic 2-2 draw at West Ham on Sunday. Pep Guardiola’s side were in danger of gifting second placed Liverpool a title lifeline after West Ham’s Jarrod Bowen struck twice in the first half. But City’s stirring recovery showed the character that has already brought them three titles in the last four seasons. Jack Grealish got one back soon after the interval and Vladimir Coufal’s own goal completed City’s escape act. It should have been even better for City, but Mahrez’s penalty was saved by Lukasz Fabianski with five minutes 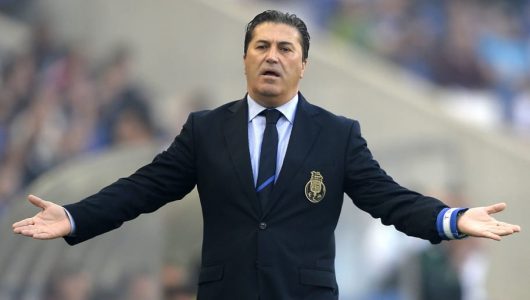 The Nigeria Football Federation, (NFF), on Sunday announced the appointment of Mr Jose Santos Peseiro, as the new Head Coach of the Senior Men National Team, Super Eagles. The appointment is with immediate effect, subject to the signing of agreed terms between the NFF and Mr Peseiro. José Vitor dos Santos Peseiro, 62 last month, is a Portuguese who played as a striker in his days and has wide and varied experience coaching top Clubs and National Teams across four different continents, namely Europe, Asia, Africa and South America. An educationist with a degree in physical education/sports sciences, Peseiro has top-level coaching qualifications/training, and has coached at Sporting Lisbon, FC Porto, Panathinaikos, Rapid Bucharest, Sporting Braga, Victoria Gumaraes, Al-Hilal, Al-Wahda, Al-Ahly Cairo, Sharjah

Jermell Charlo knocked out Argentina’s Brian Castano to become the first undisputed super welterweight champion in history on Saturday. Charlo, who fought to a controversial draw against Castano last year, battered the South American into submission in the 10th round of a classic battle in Los Angeles. The showdown marked the second time all four 154-pound belts were on the line with Charlo keeping his three (WBC, WBA and IBF) and Castano losing the WBO strap as a result of the defeat. In July 2018, Jermell Charlo and Brian Castano fought to a draw denying either a historic victory that would have crowned one of them the first four-belt undisputed champion in boxing’s super welterweight division. Charlo won his WBC crown over fellow American

JUST IN: Buhari Announces N287bn As NNPC’s 2020 Profit After Tax For The First Time In 44 Years

House Of Reps Member: Carpenters, Taxi Drivers Should Be Made To Pay Tax, Says, They Make A Lot Of Money

2023: Tinubu In An Early Lead As Posters Flood Abuja

Bobrisky, Denrele, James Brown, Other Set To End Up In Jail As House Of Rep Considers Bill Seeking To Jail Cross-dressers

House Of Reps Drags The Hell Out Of Buhari, Says Ministers’ Sack Is Diversion To Cover His Failure