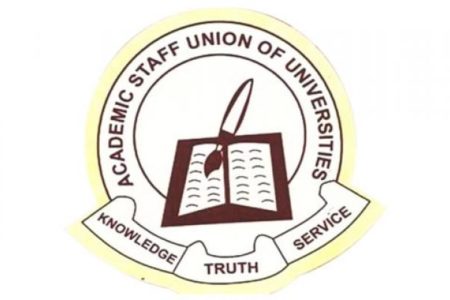 Indications emerged Thursday night that the Academic Staff Union of Universities, (ASUU), may suspend its ongoing rollover strike for a grace period of three months.

DECENCY GLOBAL NEWS gathered that the decision to suspend the strike is to enable government to meet the demands of the University lecturers going by the discussion at a meeting held on Thursday with the government team.

DECENCY GLOBAL NEWS reports that ASUU leadership held a marathon meeting with the federal government team from Thursday morning till late at night.

The federal government team was led by the Chief of Staff to the President, Prof Ibrahim Gambari, with the Minister of Labour and Employment, Dr Chris Ngige in attendance.

DECENCY GLOBAL NEWS further learnt that should the proposal put on the table by the government is accepted by ASUU, students may return to campus from Monday, May 16, 2022.

The union however warned that should government fails to meet its demands as agreed, it would not hesitate to declare an indefinite strike.

It would be recalled that the leadership of ASUU announced on May 9, 2022, the extension of its strike which commenced on February 14, 2022 by another three months, stating that government had not demonstrated enough seriousness to meet their demands.

President Muhammadu Buhari had on Thursday begged ASUU to suspend its ongoing strike to give room for serious negotiation to resolve the impasse once and for all.

JUST IN: Lagos seals 13 banks, 13 hotels, 17 others along Airport road

Nigerian Military Speaks Over Call To Take Over Power From Buhari

Orji Uzor-Kalu Fires Back At Senator Enyinnaya Abaribe, Says ‘I Picked Abaribe From The Gutter’,